You don’t have to go far or spend a lot of money to go on an adventure. At the weekends we walk to town for a breakfast picnic.  This last weekend we ended up in Saint John’s Gardens in Castlefield.

Of course, it just wouldn’t be our style to go straight to Saint John’s Gardens for the picnic.  We did go on an adventure beforehand.  The night before on my way into town I had noticed that there was a fire somewhere in the Mile Platting/Ancoats area.  On our way home, we detoured to explore what had been burning (concerned that it might be yet another heritage building) so took to the excitingly dark back streets from the city centre.

One thing I love about the back streets of the city is that they are seeped in history and life. Even though they tend to be rather forgotten and un-populated, they seem to breathe life into the area.  I find there are more stories here from the few people who pass by than in town where hundreds of thousands of people anonymously wander.

From our initial inquiry, it seemed that an old garage and abandoned vehicles had been set alight.  Nobody was hurt, which was a relief.

Curious about the garage that we had just discovered we detoured out morning route to pass by.  It was an exciting way to walk as the area has changed dramatically in the ten years that we have lived up this way and we did find it a bit challenging at time to find the paths (which were previously between houses!)

On closer inspection we assume that it was in fact the bus that had been on fire, leaving just the charred remains of the inside beside the sad remnants of a couple of cars for company.

A scene from the past

Having grown up in the 80’s and seeing the effects of the recession, it felt as though we had walked into a scene from the past.  A forgotten era and space where it had just been left to ruin.  It felt rather creepy and more than sad to see that it was actually something from the present day.

The sad truth is that the East and North of the city has seen their fair share of challenges.  Once a thriving industrial area and home to the first municipal parks of the city.  The heart and community were ripped out of Miles Platting during 2007 when they knocked down the majority of local authority properties.  Unfortunately with the recession kicking in at that time, the rebuilding has only just begun again and it is not to the benefit of the communities who reside there, so there is a large divide in the local population. Anyway, that is a whole other story! Back to my adventures to Saint John’s Gardens.

For those of you who have lived in Manchester for some time or in the North West, you will no doubt have heard of Sankey’s Soap night club.  Our walk took us down past the old Sankey’s which is one of my favourite parts of the city as it is yet to be overbuilt, has bits of original warehouses and the quirkiness of an old town.

Another reason for the route was because we had bread on the mind!  The first Saturday of every month sees the Castlefield Market at Royal Mills and it has become our new ‘thing’ to go and buy some delicious ‘Real Bread Campaign’ bread that is for sale there (£3 bargain!) so we had to head there before moving on towards our picnicking.

We had initially planned to picnic in Sackville Gardens but with the Aids Awareness event the night before, some of the benches were a bit too mucky for a relaxed picnic.  So we took a quick selfie for the  Weekend Photowalk Chalenge, then carried on down towards Castlefield.

We arrived at a very quiet and still Saint John’s Gardens and chose to sit in the sensory garden (even though it has mostly died down for the winter) and set about enjoying our folded quesadilla picnic with flask of tea.

After a relaxed lunch, we decided to warm up by exploring the park.  As We did so, I decided that I would try something that I  have been thinking about for some time – making some 30 second videos of the places that I visit to inspire you to get out there too.

This is the first that I have made and I know that it need a bit of development – but you have to start somewhere.  And this is my somewhere!

Take a watch of the video – it really is only 30 seconds – and let me know what you think.  I’d love to know what would inspire you to chuck on your coat and take a walk to visit Saint John’s Gardens or the other places I go to.

Anyway, with our picnic eaten and St John’s Gardens wandered we decided to head back up towards the East of the city to further explore some of the parks that we passed by the weekend before.  With a wander up Rochdale Road we were well into our next chapter of the weekend adventure.

I’ll add the rest of the adventures in another post – you don’t want a novel in one post!

What do you think to the 30 second videos?  Where have you been getting out and about to?

Let me know in the comments below! 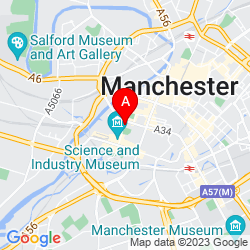 Vote for me, please?!

PS: I am up for the Blog Awards and would be amazingly grateful if you could drop me a quick vote by clicking on the logo below! All you have to do then is scroll to the bottom, pop in your details and submit! 😀

Sending virtual hugs in thanks! 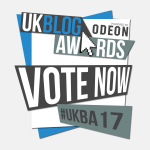