One of my favourite things to do is to visit places near to home. The misty views at Werneth Low Country Park was a real highlight of the weekend.  We were expecting some snow, some ice and more than likely a lot of mud, but mist… Mist we didn’t expect at all.  The drive through Oldham showed no sign of the visibility going and neither did the motorway.  It was only on arrival in the car park that we saw just how misty it was in Hyde.

Excited about wandering our planned route in the mud, ice and mist we eagerly wrapped up and headed up the hill to the Cenotaph to get started. 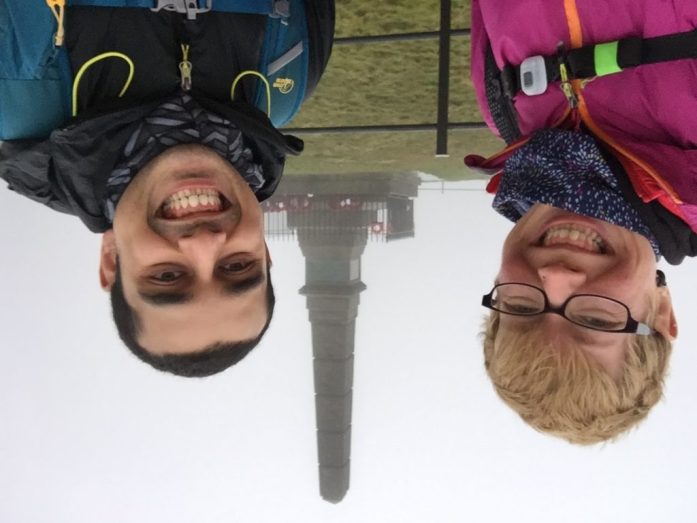 So much for the views

Well, so much for the long distance ones over the counties!  It really was a lot mistier than we could even have imagined when we left home in the clear, but slightly drizzly weather.  Still, it made it rather exciting as we were taking a new route and would discover what was there at each turn. 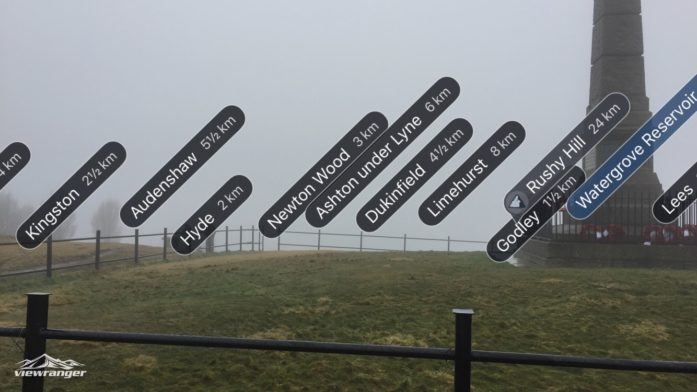 As you can see there is normally a spectacular view of the many other amazing places around the area.  I have to say though that it did make me giggle playing with the View Ranger Skyline feature in the mist! 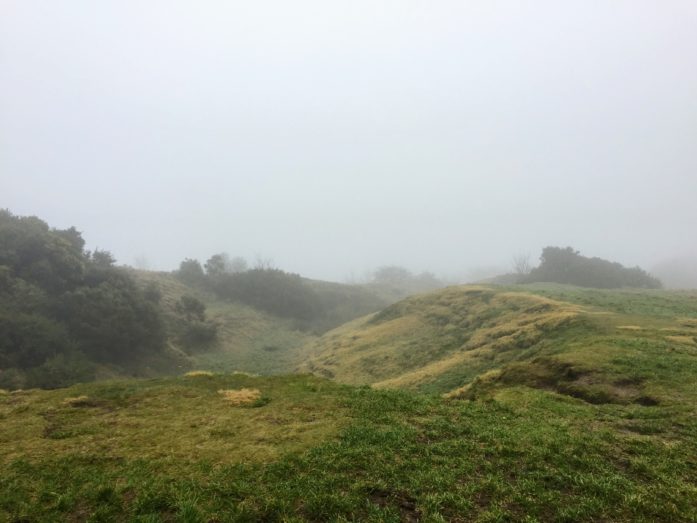 On our way up the hill to the Cenotaph, we were warned by two people about the mud and how slippery it was.  Judging by their muddy knees, they had certainly found some, but from where we were standing it looked pretty OK. (or so we thought!)

With our route planned into View Ranger we set out on a circular route that was partially marked.  Not that we could see them in the distance to help with directions though.

Only a short walk in and the Cenotaph had almost vanished.  It certainly was thick mist. 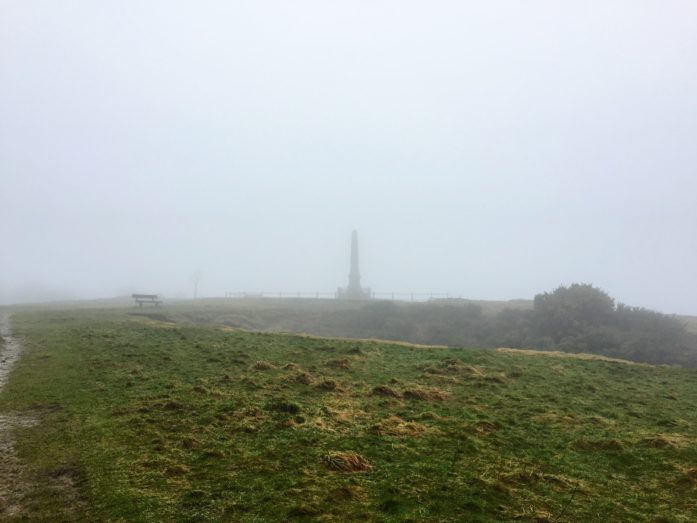 By the time that we headed around the hill and to the first corner, it was clear that it was definitely going to be a muddy adventure!  The paths were glistening with brown goo and the depth of the footprints and foot slides told us that it was going to be slippery.  Undeterred and already wearing dirty trousers from our adventures the day before, we headed into the mud. 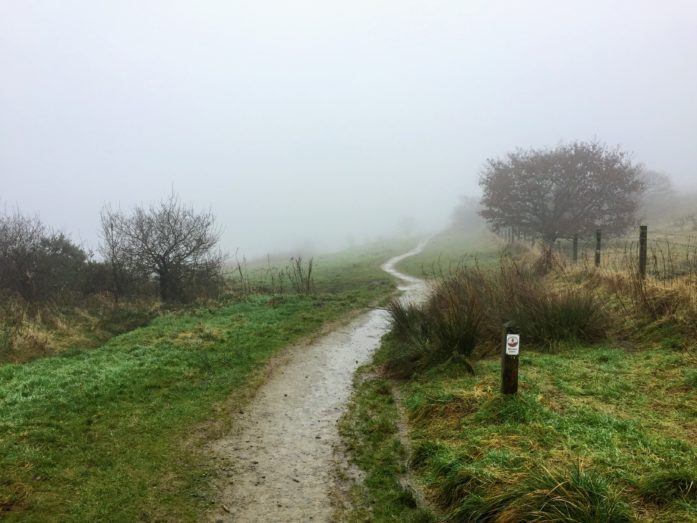 I really enjoyed not being able to see where we were going, actually. It made it quite exciting waiting for the reveal. Then something stunning like this bubbling stream would come into view. A surprise at every turn. 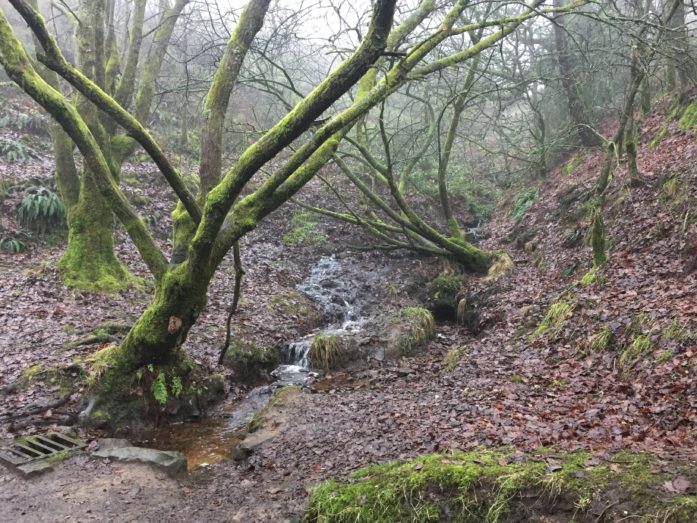 If you make your visit on a clear day (obviously there are no guarantees!) then make sure you head towards the old car park where there is a viewing point that has great views over the local hills. (plus, it is likely to be quieter around this way if you’re wanting to take some pictures and chat to the horses. 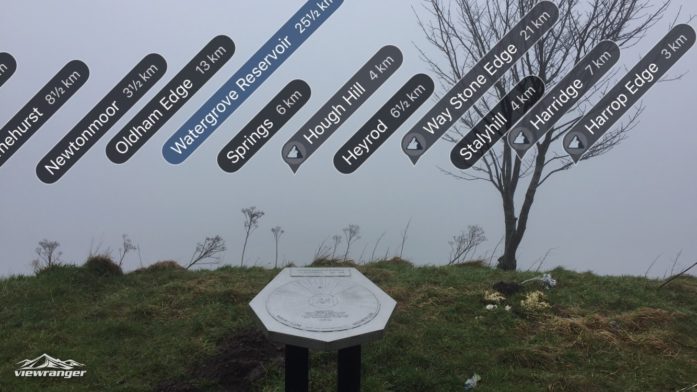 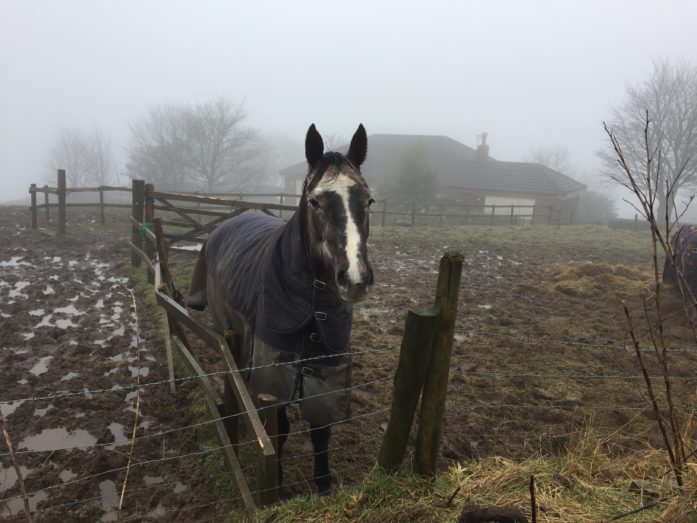 The route takes you through a wide variety of surfaces, some of which are not suitable for buggies or small children as they have quite deep muddy drops.  However, for other adventurers it is a fun and varied making it more interesting than a stroll around the park. 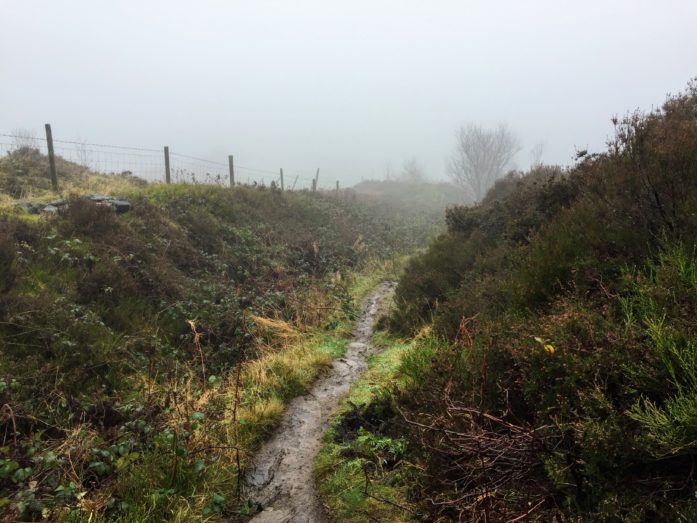 Luckily we only had one proper slip and that was me on one of the long downward slopes.  I obviously have very strong fingers as I managed to keep my whole body off the ground and slide down on the tips!  Bar a bit of mud up my fingernails and some splodges on my hand warmers I came out clean, would you believe it? (there is no photographic evidence of this as we were laughing so hard!) 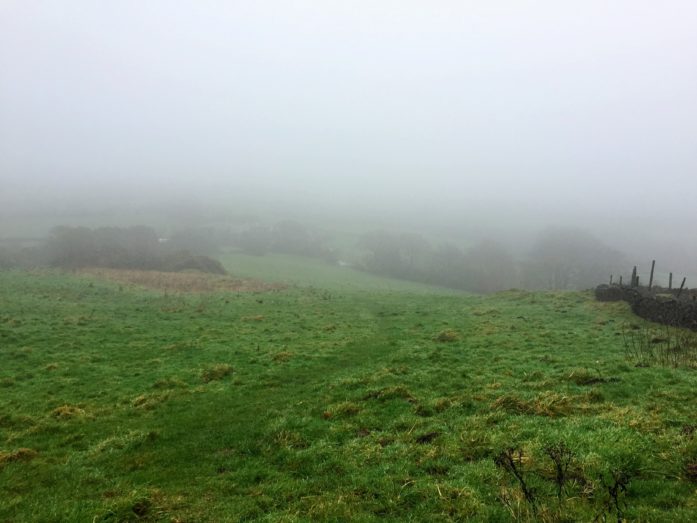 At this point (well, after I slipped down to the bottom!) we could have extended the route to explore the lower part of the valley.  Unfortunately as we didn’t have any kit with us for the dark we decided to crack on and head back up the hill instead to maintain as much light and visibility as possible. You can also increase the route by exploring the golf courses down there too. (if you follow my route, you’ll be able to see the other paths marked on the map)

The ascent back up the hill isn’t steep for the most part, but it is long giving you plenty of time to look over the fields and imagine what the views would be like on a clear day. 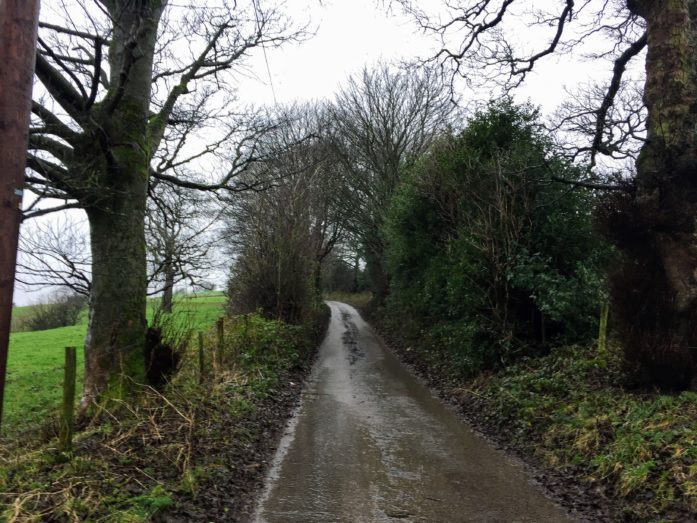 What we could see through the mist was gorgeous anyway.  It is all part of enjoying the seasons, in my opinion, getting to see places in a different light and really get to know it.  Plus, it is a great excuse to visit again and again and again – especially as it is practically on the doorstep! 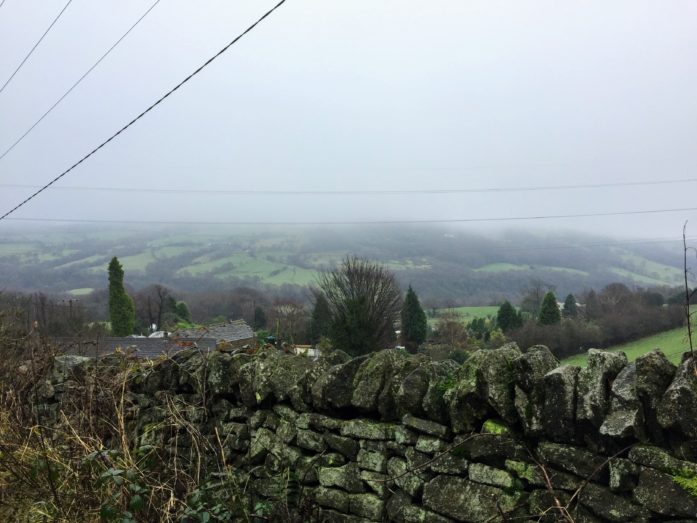 Once the ascent had been made it swiftly turned back into descent and plateau (mainly because we were near the golf course) which made for a gently stroll. 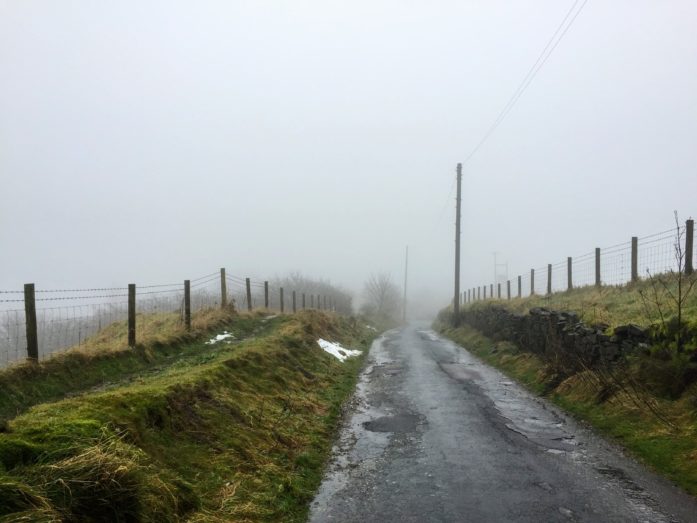 As we sidled by the golf course the mist was still thick and covering making it difficult to see how far away we were from the car park.  The light was only just starting to fade so we had plenty of time to get back, but quite fancied seeing things from a distance.  You could definitely tell it wasn’t a day for golf though!  Not only the mist, but the ground was squelching like anything! (I’ll post the video later this week for you to check out!) 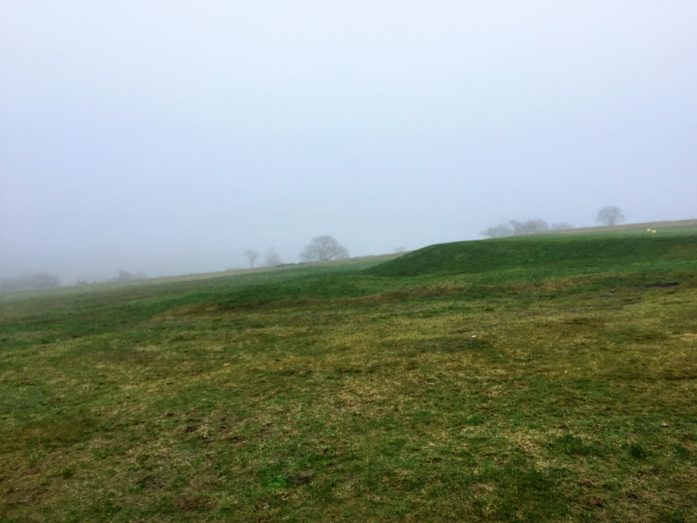 As we crossed by the memorial and into the final stretch towards the car park the mist appeared to be lifting somewhat giving us a sneak peek into the distance.  A nice taster of what we will hopefully see on our next visit – one with a bit less mud and a little less low-lying cloud. 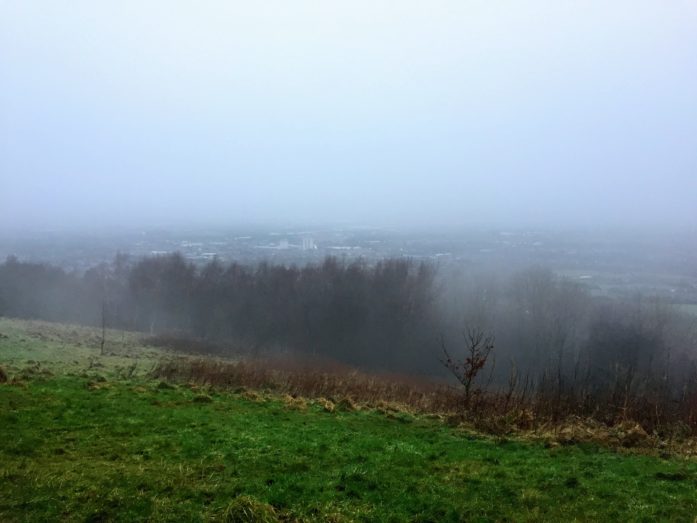 And back to the car we went for a snack and a tea.

The last time we visited Werneth Low Country park (some years ago) we stopped into the visitor centre and were treated to a lovely little exhibition about the history of the area while we had a very cheap cup of tea (this was before our flask and picnic days!)  I think there was a loo in there too (you would imagine so)

I will make sure that I check out the full details for next time, but I hope you’ll pop by there to see what it is all about for yourself.  It is a great place to take the kids, walk the dog or just go to walk or hike yourself as there are many footpaths and routes available.  We even spotted and walks on a part of one of the Rambler’s routes.

Later this week I will share my video of the walk so that you can get a better ideas it, so keep your eyes peeled for a new post!

I’m looking forward to going back in the spring to see the views and the buds coming out on the trees. But for now I will enjoy every kind of weather and make the most of the winter for contrast in greys and colours on our walks.

Have you ever visited Werneth Low Country Park?  What did you enjoy most?
If not, where is your favourite outdoor place to explore? 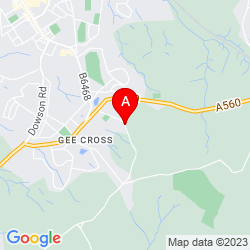 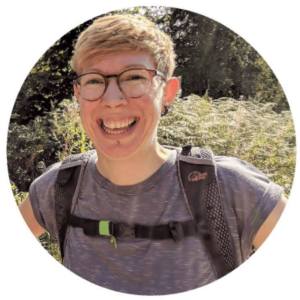 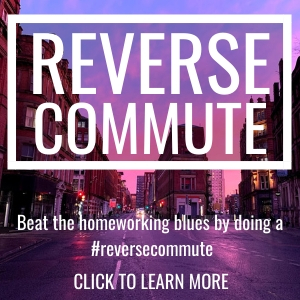 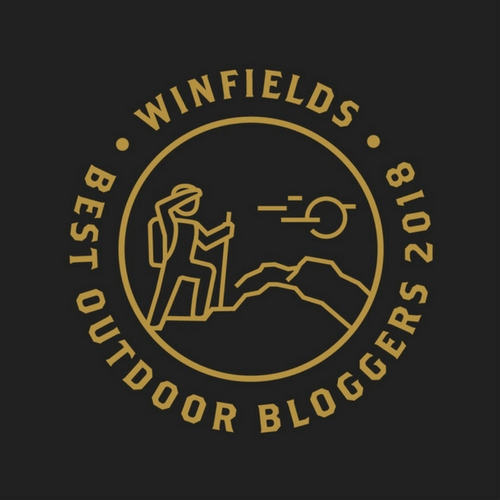 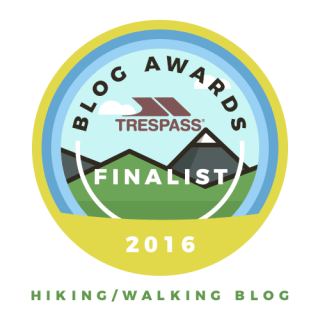